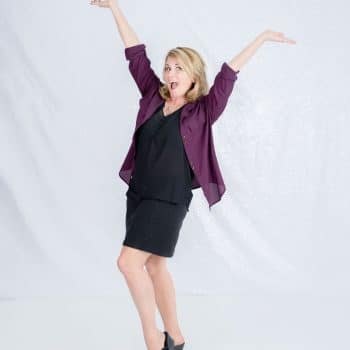 Her theater credits include, The Guthrie Theater, Shakespeare and Company MN, Hennepin Stages, MN Shakespeare Project, The Children’s Theater Company and many other regional theaters.

Her dance credits include Paul McCartney’s “Back in the US” tour, The Nutcracker Fantasy, The Super Bowl Half-Time Show and many plays and industrials in which she was the dance captain.

Angela has acted in over 300 commercials including being the spokesperson for American Furniture and Appliances. Her voice can be heard on the radio, websites and training videos.

Angela started teaching dance over 20 years ago and has taught at many different studios throughout the Twin Cities.

She is the co-host of the podcast, “Elevate Your Studio” and is featured in the book, “Dance Studio Secrets” by Clint Salter.

Angela and her husband, Tim have a 13 year old son Vincent.